based on our body horror twincest novella. check out the board here 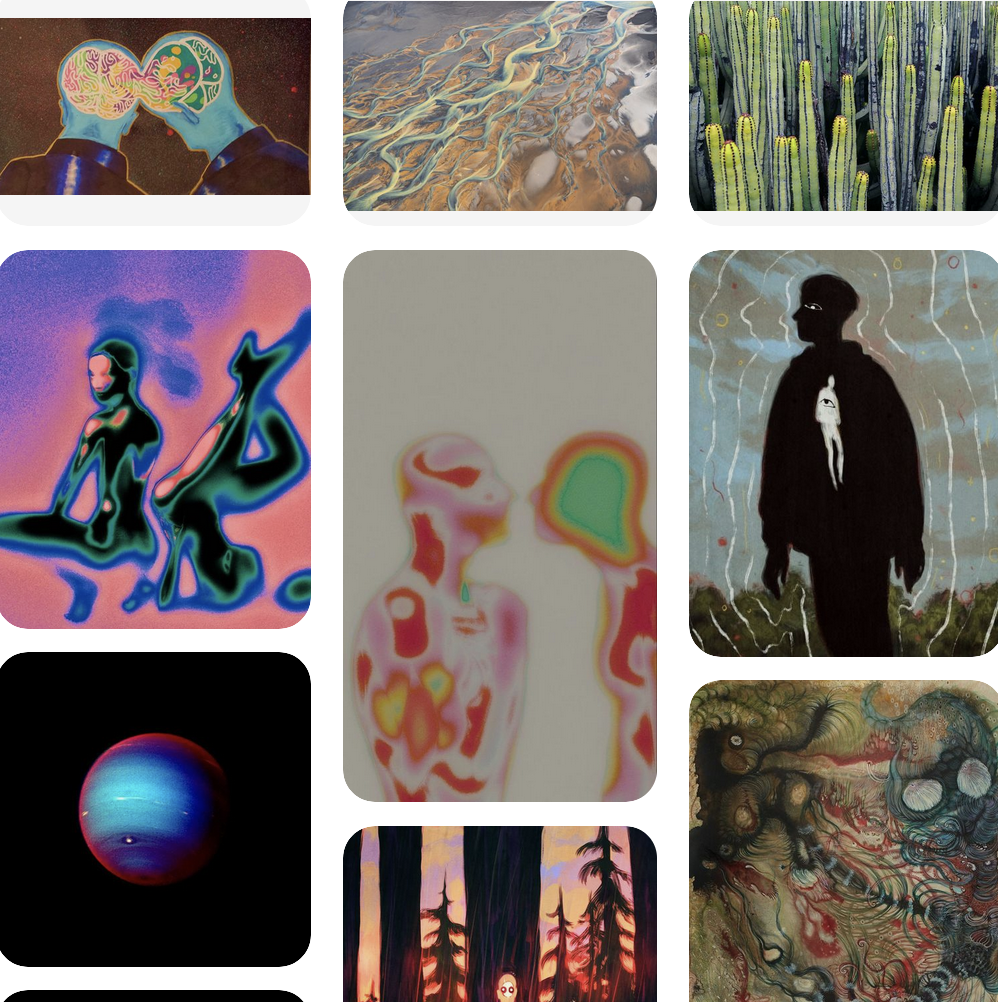 a tribute to teresa and astral. check out the board here 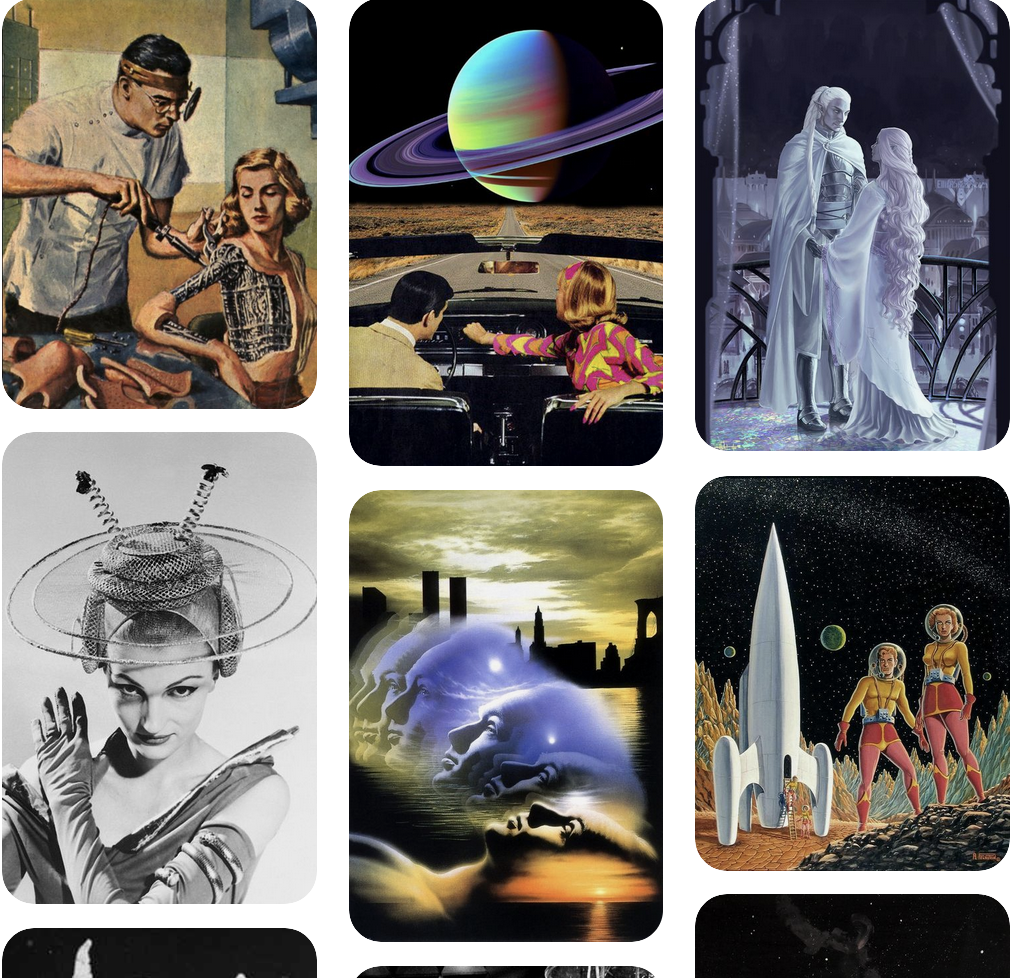 based on our cosmic horror epic fantasy novel. check out the board here 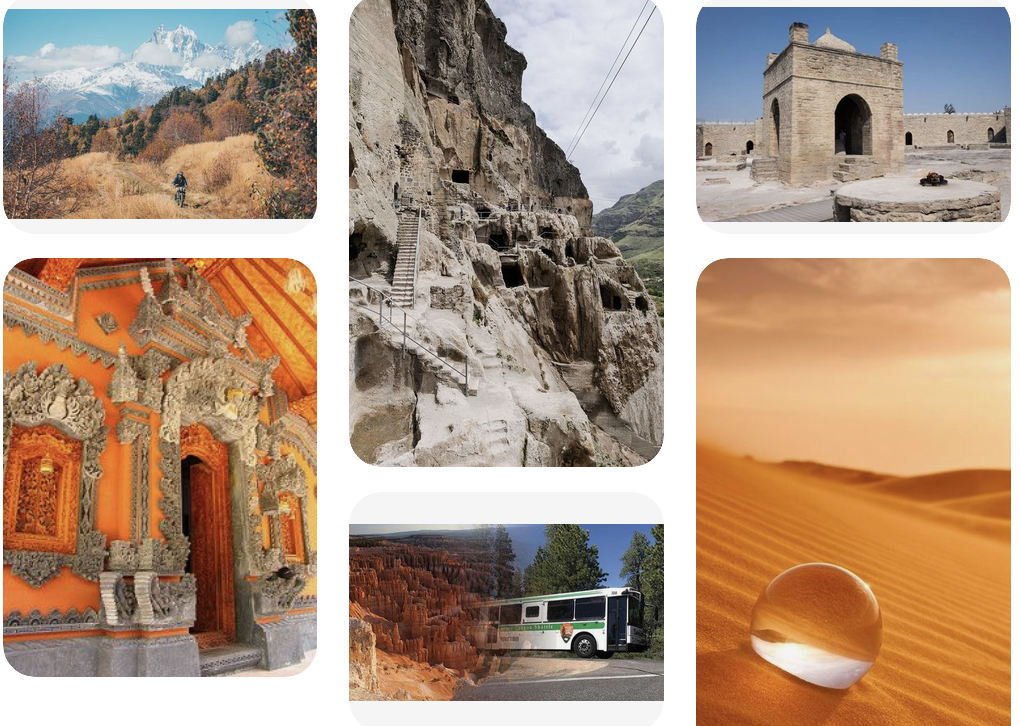 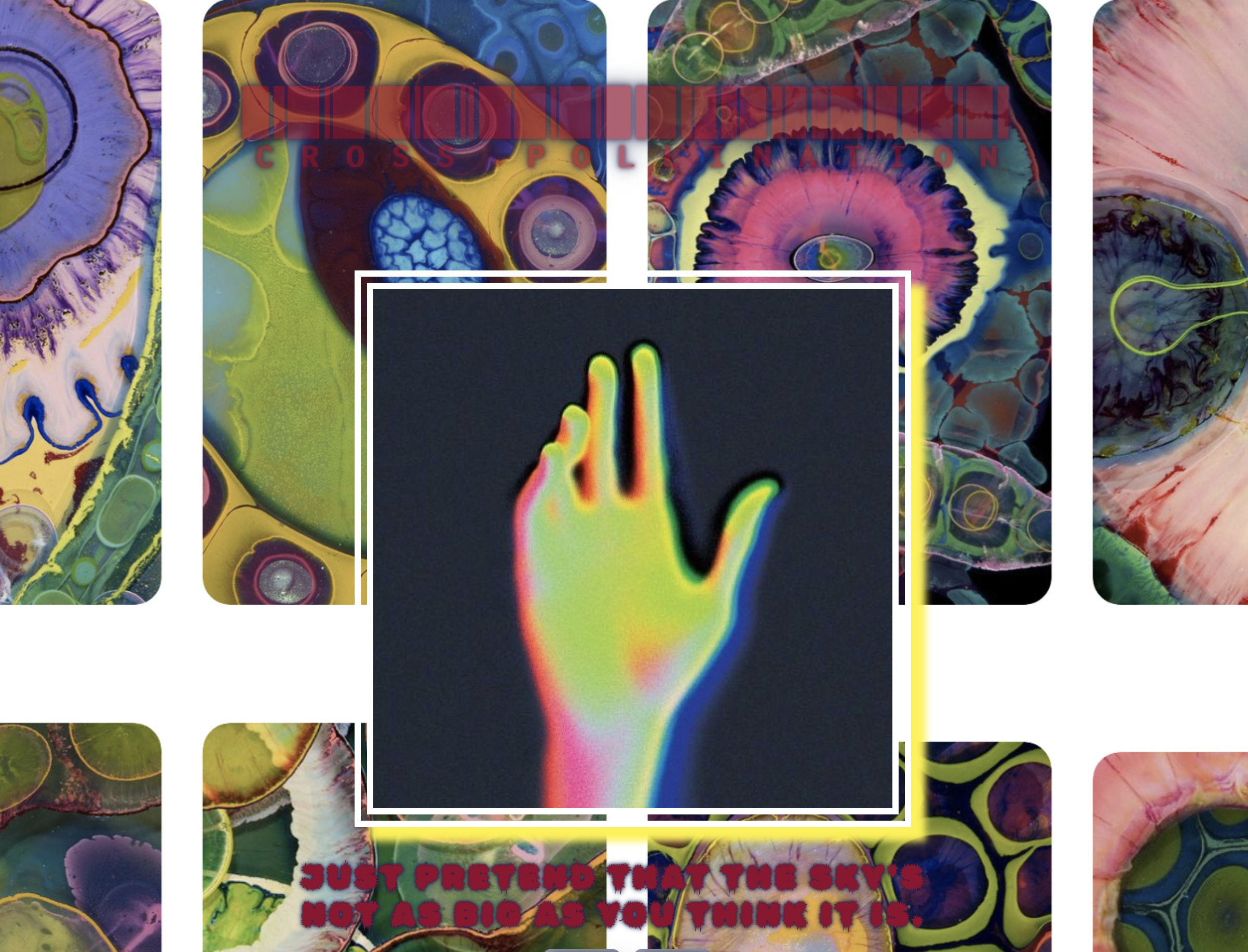 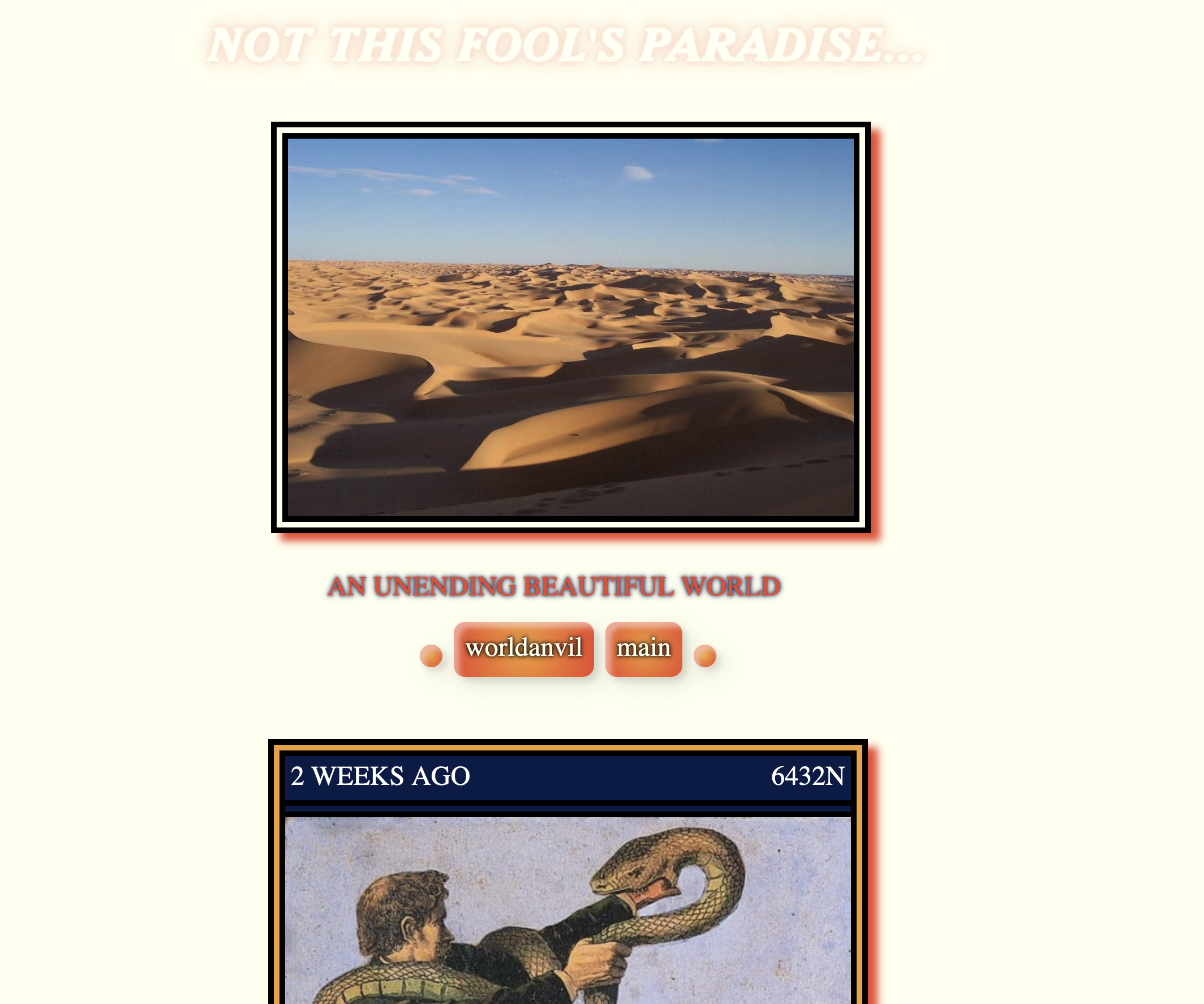 music for when you've just met this girl you think is cute, so you invite her back to your alien sex magic cult where you're a literal queen, and you fall in love with her a lot.

music for when you're a dog in love in confusing, messy ways.

music for when you're just a teenage girl and your father's been brainwashing you to be so afraid of aliens that you kill them on sight.

"a good heart expells evil in all forms"

"got some crushes and they're burning me up, bro, and only one's on you"

in the 1990s, georgie only has a handful of casettes she listens to. here's all of them.

the playlist we listen to when we work on our novella "cross pollination."

the playlist we listened to when we drafted "unkind fire" for the first time.

the playlist we listened to when we were writing the original "the connection" novel that became the novella "too green hands."

the playlist we listen to as we write the story about astral, an agoraphobic occult author, who collects followers only to be abducted by the aliens he's so terrified of and is turned into one.

the secret history of twin peaks

a science-fiction explanation for magical circumstances

a play about the death of life

its sense of magic and unexplainable beauty

mechanically, in the rotating casts of actors in different contexts part

welcome to the connection

the Connection is a CULT bridging worlds together. the world is full of unusual universes, aliens that can crawl through time and souls, and the slow and steady knot that is interconnected lives coming in contact with each other.

it’s 1960s California, but wrong. far away, on a distant planet, the important sentient species resembles a praying mantis and has specialized body parts for making music. and they want earth. now.

context for how we engage with this world and how you will too. this is the part where we get really emotional, poetic, and cringe.

we care SO FREAKIN MUCH about these four little guys and everything that touches them. their science fantasy backdrop also provides so much room for worldbuilding, which we love. we can make up alien languages, design geography, plot thousands of years of history, and… branch all that off into more stuff. we want to share our characters with people. their stories, their relationships, the interesting things they’ve done. one day, someone else in the world will want to make astral themed moodboard to post on tumblr.

the most powerful magicians are aliens, except for the ones who aren't. the aliens are in control of the astral plane, accessible by meditation, and orgiastic energy helps fuel the bridges between worlds. something in the center of the universe slowly chews at the edges of the stars.

please be dazzled by the breadth of our dedication and the thought we've put into these worlds and characters.

we are so very pleased you are here.

our four cultists are always in love in varying ways. the love can be darling and pure or full of violent intent or somewhere poised on the edge of both.

absolute magic corrupts magically, and we, the writers, get to be the most corrupt. when there is magic literally dripping in the air, the most powerful magicians can infect everything they touch.>:)

humanity is optional. horrible aliens at the bottom of pits and raccoon children and horses that transform into girls all have different and unexpected feelings about the humanity that doesn't quite fit them this time around.

the laws of the connection

by default, magic is a physical consequence of the responsive molecules that respond to sound. it is still magic even if it has a basis in physical reality that obeys physical laws. the way that magicians manipulate the molecules is inherently magical.

the more kinds of sounds and control over the inherent musicality of daily life that someone has, the better magician they are. speaking multiple languages, playing instruments, and very good motor control are all tools for better magic.

another type of magic is terran magic. it is the way that the cells of life give off electricity and heat as a result of their DNA. terran life, regular life, is inherently green. alien life is red. necromancers manipulate the life force with magic and can kill and resurrect the dead. to date, there is only one necromancer in the world.

thick forests and sandy deserts. drought and heavy rains. pits in deserted islands. the devil's tongue, a canyon in a california desert. the grassy plains and caves of the astral plane. the craggy red rocks of jhi. the saline lake in rara. everything and everything.

the connection engulfs the entire universe and the universes around it. the active setting hovers around the west coast from the 1960s to the 1990s on earth. bajisha and jhi are experimental settings, but will be explored more thoroughly in unkind fire and its sequel.

the history of the connection so far

two worlds before the connection, georgie and mac in their first iterations were born. there were growing pains for them both, and the story ended just as the world turned cold.

the world before the connection, georgie and mac put on their skeletons for the first time. teresa, meant to die, lived twice over, but never joined them again.

on december 19th, 2018, the connection was born. georgie, mac, and teresa were joined by a new character, astral, a charistmatic cult leader. teresa became the future-mother of an alien hybrid, georgie a midwife, and mac a magical sponge. every other member of the connection started here as well, and elsie took on her first iteration.

but the story never died, even when it did.

the cultists are magicians and some of them are aliens. for now, the aliens are known as Hachca and their planet is called Jhi.

the magicians are often human, but not always. sometimes it is fun for them to be raccoons or dogs or horses.

the aliens are always praying mantis-esque, but sometimes it is more important than others that they are especially gross, powerful, or cool, and their designs shift accordingly.

love and power are the only currencies in the world that we, authors and audience, find especially interesting. the best kept secrets only enhance or destroy these.